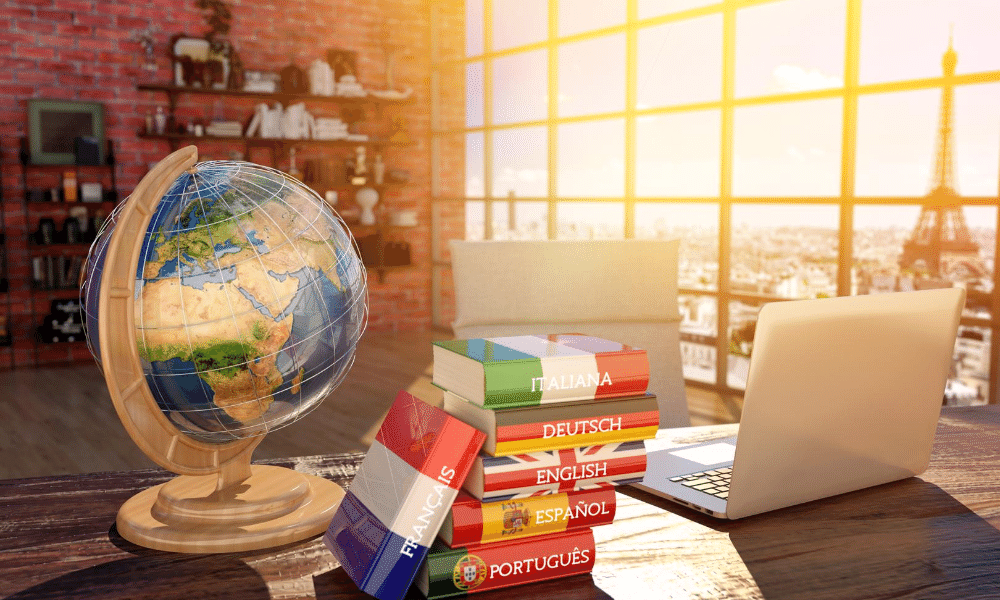 This might seem paradox but learning a language is a sport and it trains your brain cells. Listening to new terminologies, studying new words and grammar as well as speaking the language stimulate your brain muscle and keeps you healthy and fit.

According to the study of the University College London learning languages boosts the brain and the density of the grey matter in the left inferior parietal cortex of the brain is greater in bilinguals than in those without a second language.

Training in the gym or running stimulates your leg muscles and makes them grow. Scientists know that the brain has the same ability to change its structure through stimulation, known as plasticity. Learning a language trains your brain cells. This leads to the fact that parts in your brain, especially the cortex which is responsible for memories, grow and the risk of getting Alzheimer decreases significantly.

The cortex is the part in the brain that is highly trained during school and university time. As soon as we leave education and we aren’t forced anymore to remember things for exams, this part of the brain is less used and regresses. Learning a language helps you to keep in time and forces you to continue memorising things.