How long does it take to learn a new skill? 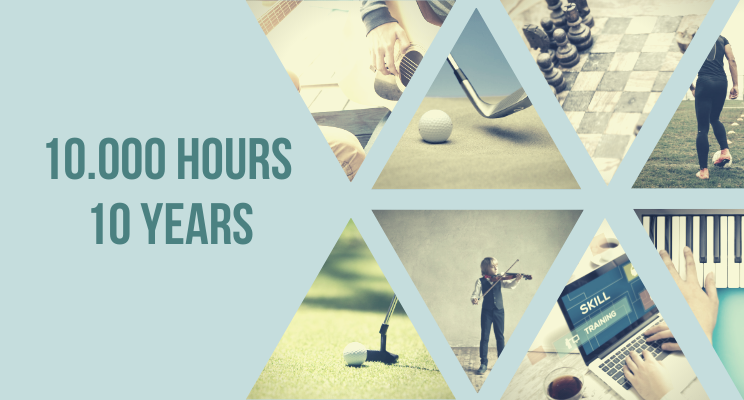 Most of us are deeply disturbed at the prospect of being horrible at something, even temporarily. When you try something new, you’re usually very bad, and you know it.

I think the idea of “mastering” a skill when you’re just getting started is counterproductive: it can be a significant barrier to exploring a new skill in the first place.

The original research that resulted in the “10,000-hour rule” is valid, as far as it goes. Dr. K. Anders Ericsson of Florida State University, as well as other researchers, have found that it takes around 10 years or 10,000 hours of practice to reach the top of ultracompetitive, easily ranked performance fields, like professional golf, music performance, or chess. In those fields, the more time you’ve spent in deliberate practice, the better you perform compared to people who have practiced fewer hours.

You don’t have to “master” every skill you ever learn. I believe that developing new skills in a way that allows you to perform *well enough for your own purposes* is – by far – the most common and valuable purpose of skill acquisition. Based on my research, reaching that level doesn’t take anywhere close to 10,000 hours – you can usually achieve the goals you set yourself in around 20 hours of deliberate practice.

Scientists have found that by subtly varying your training, you can keep your brain more active throughout the learning process and halve the time it takes to get up to scratch.

The research goes somewhat against the old assumption that simply repeating a motor skill over and over again – for example, practising scales on the piano or playing the same level on your game over and over again – was the best way to master it. If you don’t master the basics first and then move on to more advanced topics, you always have to keep coming back to the basics when you get lost. You can easily trip if your core is weak and if you’re making unsure steps

If you’re serious about acquiring any new knowledge or skill, do it the right way. Slice and dice the subject so you don’t get overwhelmed. Break the subject into small pieces you can master in a respectable amount of time.

Learn the theory and then immediately apply it in practice. Practice each and every block of knowledge until it becomes a part of you, until you can do it in seconds. Practice until fear turns into boredom.

You can use the “building block” principle together with “until fear turns into boredom” in any area of life. No matter what you’d like to learn, this approach works. If you make the building block small enough, it will motivate you to move on. Basic and easy building blocks are early wins that keep you going.